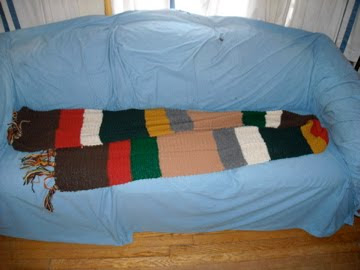 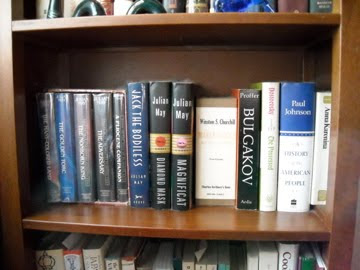 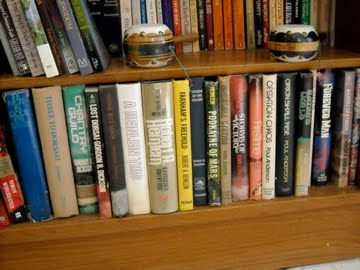 If you are reading this, the “True Confessions” part of the title may have lured you in. So, what is this “true confession” about – some sort of youthful indiscretion?

You see, in my youth I … used to read science fiction. Still do, occasionally.

Moreover, I … used to watch science fiction movies and television shows whenever I could. Still do, occasionally.

And, most revealing of true nerdhood … I attended science fiction conventions. More than one. Maybe as many as four.

And this wasn’t even in my childhood or adolescence, nor was it even in my undergraduate days.

It was in my graduate student days. You know, that part of life and that section of the population in which one of the pinnacles of achievement is to reach the status of “intellectual sophisticate.” Any connection whatsoever with science fiction disqualifies you for that status. Maybe not among science, engineering, or mathematics students, but among liberal arts students (including Slavic Studies), it’s an Automatic DQ.

It was, in fact, one of my fellow graduate students, fellow “liberal arts” (Classics, no less) students, and a dorm mate who lived just down the hall in Conant Hall, one of Harvard’s graduate dorms, who introduced me to the Science Fiction Convention life.

“H” was just a couple of doors down from me, and perhaps I should have noticed that she had replaced her vanilla nameplate with a personally illustrated, SF-themed nameplate, but I hadn’t.

I did notice, however, when I heard the Star Wars theme blasting from her room one day. My reaction was immediate but confused. You know how it is when you immediately recognize something very near, dear, and familiar to you but the context is wrong? That was the feeling.

I was at that stage of development in life in between the “shy and introverted” stage (my entire childhood and adolescence) and “will talk to (almost) anyone she encounters anywhere” stage (the rest of my life, much to my daughters’ chagrin). This was Important. So I walked over to H’s room, knocked on the door jam (the door was open), smiled, and said, “I like your music.” This was in the 1978-80 timeframe; Star Wars ruled. Star Trek had not yet made The Great Comeback (come on, you know that Star Trek: The Motion Picture doesn’t count).

The rest was history. H introduced me to the nerdy world of science fiction fans in the neighborhood of Harvard Square (more substantial than you would expect, due in part to the presence of a first-class science fiction book store run by Spike, a local legend). I introduced H to my nerdy boyfriend (now nerdy husband) from Georgetown when he came to visit.

We did not go in costume, or much of a costume to be precise. The geekiness was there, but we just didn’t have the money. But we did participate in as many science fiction activities as we could cram in:

- Late night viewings of blooper reels. Sort of new in those days, and hugely popular. There was no YouTube, so a convention was one of the few places you could see them. There were also comic shorts (Hardware Wars) and technical wizardry shorts (Mike Jittlov’s The Wizard of Speed and Time was a huge cult favorite).


Wizard of Speed and Time
(If you like this, look up “Mouse Mania – StopMotion Animation” on YouTube. Then there is my favorite, Jittlov’s StopAnimation (aka pixilation) takeoff on The Time Machine – done to music from The Red Pony. I cannot seem to find it on YouTube; there may be copyright issues, since the featured machine is the one from the 1960 Rod Taylor movie. If anyone knows where I can get hold of a copy of this, please, please, please tell me. Oops, sorry, geeking out again.)

- Talks by authors and room parties with authors as guests. A chance to meet and greet up close. Other celebrities and featured speakers, such as Chuck Yeager, might drop by.

- Talks by people involved in upcoming SF movies and TV shows – a chance to hear “the scoop.”

- Riding the elevator. Once. One ride in an elevator filled with fans was all you needed to realize that you did not need to repeat this experience.

- The art show. This was a big part of our experience, as H had given us a thorough introduction to the SF art scene. The bidding and auction were not to be missed.

- The costume show and contest. “Amazing” doesn’t do it justice. SF/Fantasy spoof movies justifiably make fun of fans in costume, but the artistry of some of the creators of SF/Fantasy costumes is real and has to be experienced to be believed. One that I particularly remember was an eight-person display of the playing card suits (King and Queen for spades, hearts, clubs, and diamonds). The first year that we attended, 1979, was, I believe, also the last year in which full-body paint – without any clothing – was allowed. After that there had to be some sort of clothing, however nominal.

- If we were still there on the evening of the last day of the convention, “Dead Dog” parties and a filksing. If you know what “filksing” is, you are a Nerd. Capital “N”.

A filksing is a gathering at which filksingers perform filksongs. The name is said to have originated as a typo for “folksong” or as a drunken mispronunciation of “folksong,” take your pick. The music may be taken from well-known (or arcane) actual folk songs or it may be original, but the themes are generally those of interest to SF convention-goers: science fiction, fantasy, computer programming, etc. There is a good description here.

We attended another Boskone, the 1980 Noreascon (which was the Worldcon that year), as well as a Balticon and a Disclave. Okay, so I attended five in all.

And that’s about it. In 1981 I left graduate school (ABD – Hooray!), and real life – aka a job – intervened. I haven’t been back, but I enjoy reminiscing. Galaxy Quest is one of my favorite movies. I like it because it’s so realistic.

*** If you recognized anything among the items featured in the photographs above, that could mean that you are both a geneablogger and SF fan. Yeah, you, John, Kirill, and a few others.

Items shown above – two of our “science fiction” bookshelves (neither is exclusively SF – organization of books leaves something to be desired in our household) and one of my “pride and joy” items – my Doctor Who scarf, purchased at the 1980 Boskone. It is included among my “Please Keep These Things,” but a reminder may not be necessary. My younger daughter has already claimed it. That is, stolen it.
Posted by Greta Koehl at 4:41 PM