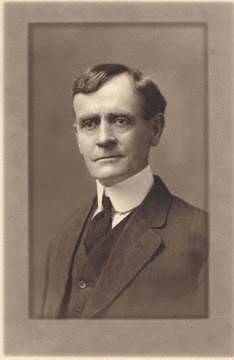 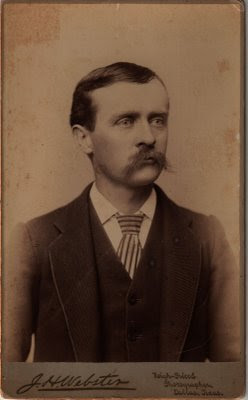 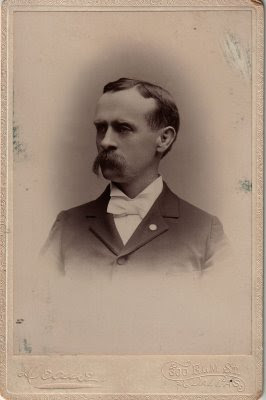 I do believe that there is at least a family resemblance, and Henry had two surviving brothers who also came to Texas and might be the subject of the photographs in question: James West Lewis, born November 1835 in South Carolina, died 20 March 1904, and John Sloan Lewis, born 12 May 1856 in Anderson, South Carolina and died 7 July 1940 in Dallas County, Texas. (Two other brothers, Manning and Samuel Lewis, died in the Civil War.) Henry Lewis was born on 11 March 1851 in Franklin County, Georgia and died on 21 February 1946 in Dallas, Dallas County, Texas.

I believe James West is the less likely candidate, because he lived in Wilbarger County, and the two photographs were taken in Dallas County. I actually have a photograph of James, but it is extremely tiny and he is wearing a long beard in it; it is part of a poster made of his (and brother Samuel’s) Civil War unit, the 4th Regiment South Carolina Infantry, Company B.

John Sloan is a more likely candidate, but I do not have any pictures of him. Both Henry and John Sloan were involved in Dallas County law enforcement; Henry was sheriff from 1886 to 1892, and John Sloan was a deputy sheriff at some point. I am not sure which years John Sloan served, but I do know that he was deputy in the years immediately after Henry’s three terms as sheriff. The two must have been a real Mutt and Jeff pair. Henry was described in an appreciation written by family friend John Hornady II as a “slender little man” (and you can get a sense of Henry’s diminutive size from the picture shown below, probably taken when he was already at least 90 years old). John Sloan, on the other hand, is described in his obituary as having been 6 feet 2 inches tall and 235 pounds. That does not really seem to described the man shown in the two pictures in question. 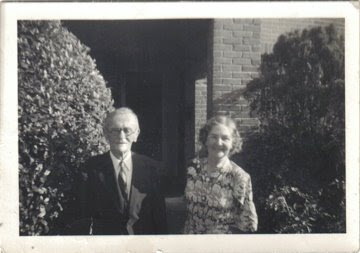 The photograph of Henry Lewis which appears in the blog banner – Voorhee’s, Dallas

(Jim Wheat’s Dallas County Texas Archives lists a couple of men who worked as photographic printers for this J. H. Webster in the Morrison & Fourney’s Directory of the City of Dallas, 1886-1887.)

Assistance and opinions welcome.
Posted by Greta Koehl at 4:23 PM